3
The Lower Platte North NRD is governed by a 19-member Board of Directors. Directors are elected at the general election to four-year terms, with half of the board members up for election every two years. Current board members are listed below.

The district is divided into nine subdistricts. Two directors are elected from each subdistrict, and one director is elected at large. Each director serves on one or more of the district’s four committees: Water, Projects, Education-Operations-Rural Water, and Executive. 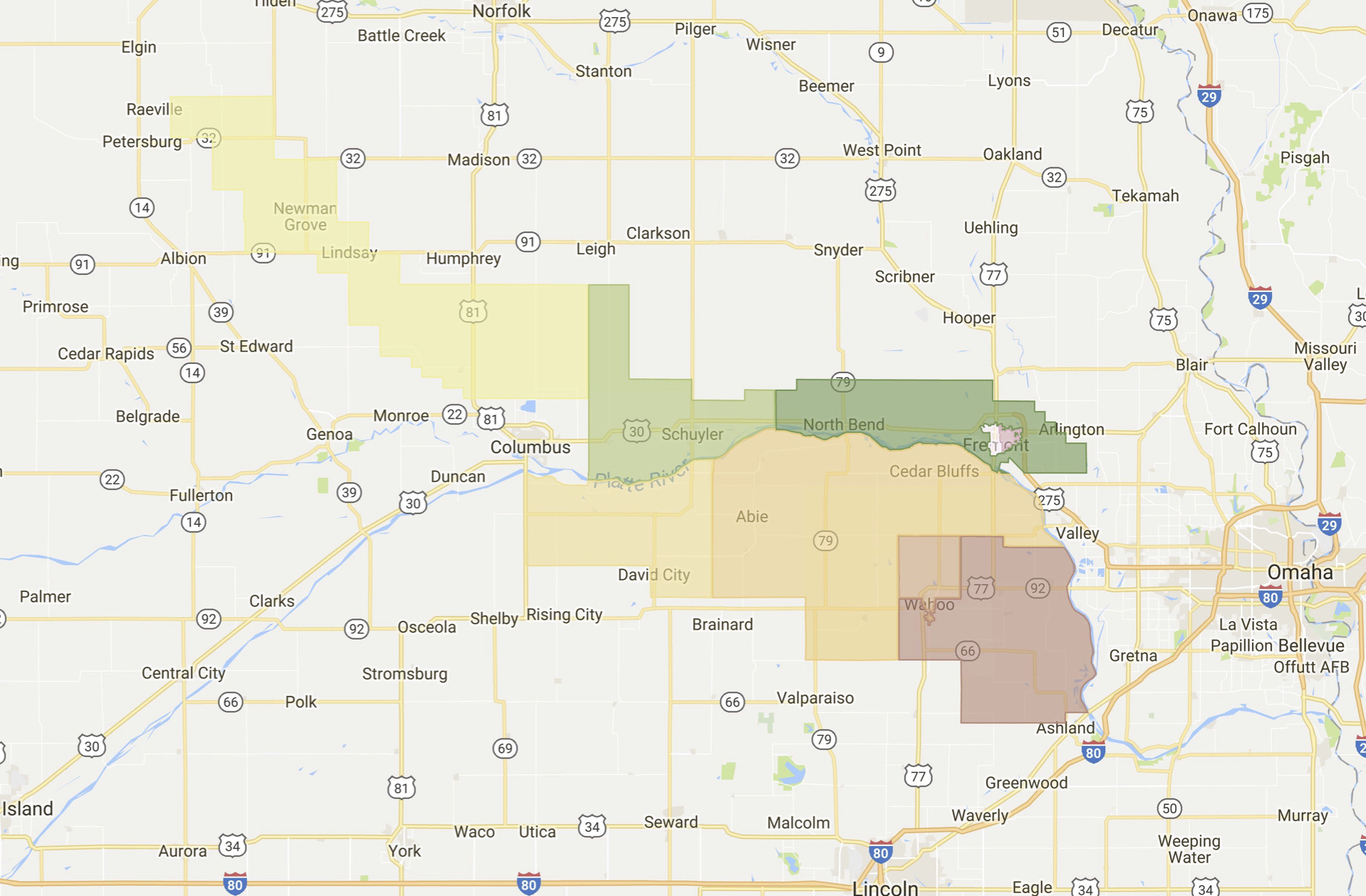